Home / In The News / Pet Hero: Grandma the Goat Is Beating Cancer 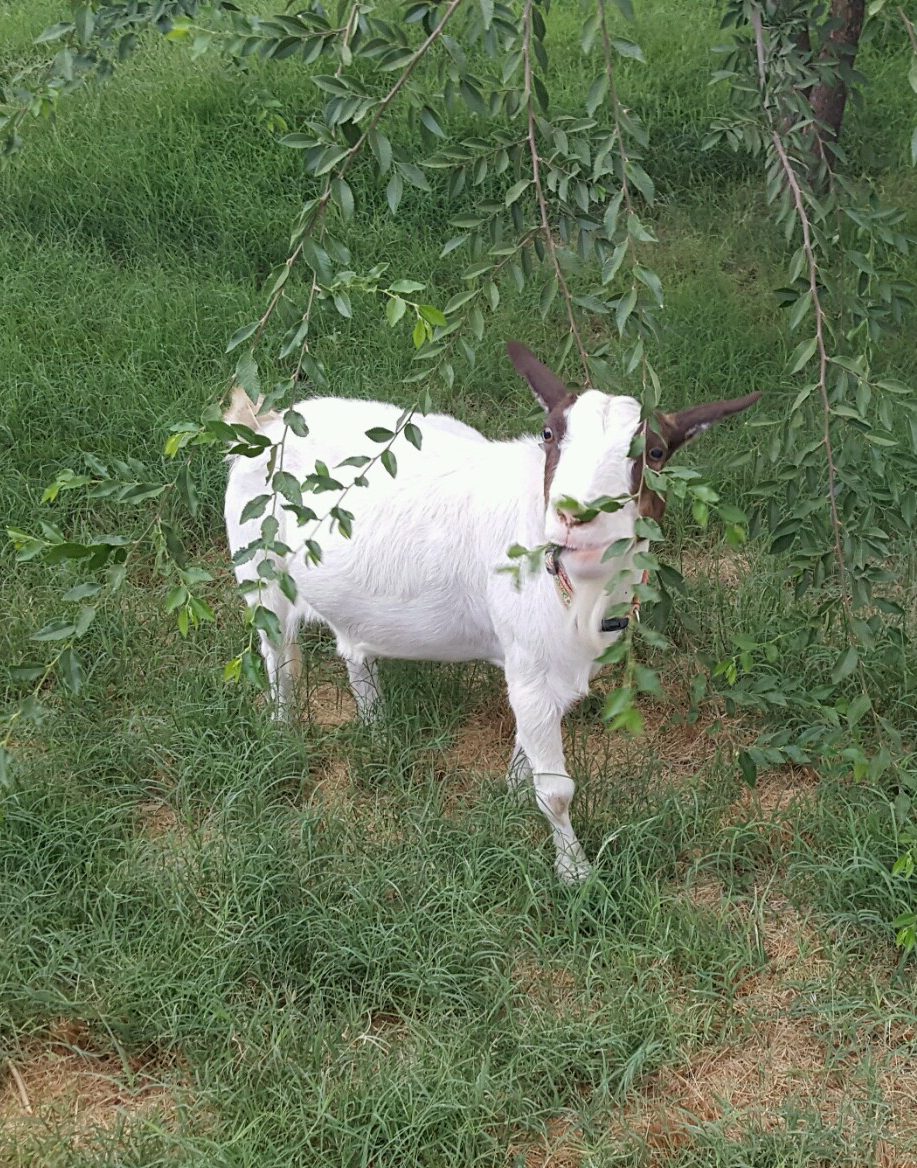 They say that dogs are man’s best friends, but would you believe that goats are not far behind? Humans have domesticated goats for over 10,000 years as livestock, but recently more goat owners have begun claiming deep emotional bonds with their pet goats.

We know someone who would agree wholeheartedly—Dr. Connie Anderson of Animal House Veterinary Clinic in Queen Creek, Arizona.

Dr. Anderson raised goats as a child and knew she wanted to get some for her farm. In 2008, she purchased five fainting goats. That number quickly grew to 20 goats. One of the original five goats was a pregnant two-year-old. This goat gave birth, and her litter went on to have babies as well. Thus, she was affectionately given the nickname of “Grandma.”

“All of her goats have their own names and personalities,” said Dr. Anderson, lovingly. “Some are bullies. Some are sweet. But Grandma, she’s the best goat of the herd. She’s the sweetest and is not afraid of anything.”

Grandma has a common disease in sheep and goats called Orfs, which occasionally causes lesions on her lips, vulva and anus. She has had this on and off since 2009. Dr. Anderson was conducting a routine check-up on a group of lesions when she noticed they weren’t falling off like they normally do. She started Grandma on antibiotics and performed a biopsy in March 2016. The biopsy confirmed that Grandma had squamous cell carcinoma, a type of skin cancer.

Due to the location of the tumors in Grandma’s perianal region, surgery was not an option. Dr. Anderson tried cryotherapy, which uses extreme cold to freeze the cancer cells. Unfortunately, Grandma did not respond well to this treatment. It was extremely painful, and the tumors began to grow quickly.

But giving up was not an option.

Hope for Grandma through SRS 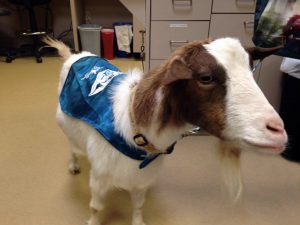 Dr. Anderson consulted with multiple veterinary oncologists and the general consensus was that radiation therapy would be the best and only treatment option for Grandma’s cancer. Dr. Anderson remembered Dr. Eric Boshoven from PetCure Oncology at Arizona Veterinary Oncology (AVO) from a workshop he had delivered on the benefits of stereotactic radiosurgery (SRS) over conventional radiation therapy at her clinic several months earlier. She had previously worked with AVO to refer patients that needed advanced cancer care. This time, she contacted AVO for her own pet. After communicating with the PetCure Oncology at AVO team regarding Grandma’s cancer, she scheduled her beloved goat for SRS treatment.

Grandma received three treatments of SRS from May 17–19. Two weeks later, the tumors were smaller, dried up and scabby. After one month, they were completely gone!

During this time, Dr. Anderson shared how the herd was bullying Grandma, which may have caused Grandma to eat less. She could tell that Grandma was becoming weaker. As a result, Dr. Anderson fenced off a separate space for Grandma and her babies. Being separated from the herd helped her recover as she began to eat well and grow stronger. A little over a month after the treatment, Grandma was able to rejoin the herd and is back to being as lively and frisky as ever.

From cats, dogs, and now goats, SRS is revolutionizing cancer care for pets of all shapes and sizes. If your pet has been diagnosed with cancer, please contact a PetCure Oncology location near you to schedule a consultation.